In 1980, the American Psychiatric Association formally recognized the term “Posttraumatic Stress Disorder” to describe the anxiety disorder many people develop after enduring a deeply upsetting, often life-threatening event. Even with the APA’s formalization of the name “PTSD,” traumatic events persist as some of the most devastating and painful experiences for cultures and individuals to endure. In her book Trauma Culture, E. Ann Kaplan suggests that, “[t]rauma can never  be ‘healed’ in the sense of a return to how things were before a catastrophe took place...but if the wound of trauma remains open, its pain may be worked through in the process of its being ‘translated’ via art” (Kaplan 19). Several artist’s books take up the difficult task of “translating” trauma into works of art that facilitate learning, memory, and a “working through” of pain. 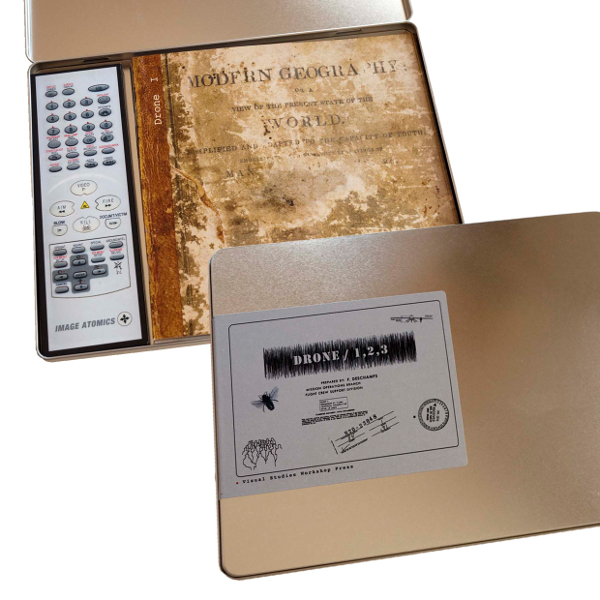 In François Deschamps’s Drone/ 1, 2, 3, a tin case opens to reveal three books and a reproduction of a television remote control. The “control” implied by the remote lures readers into feeling a false sense of mastery over the trauma depicted by the books’ images, trauma that, throughout Drone, erupts from seemingly peaceful scenes. The first book, for example, revisits stories of colonial occupation: on one page, a calm, gray-blue sea stretches across two pages. Once readers turn the first half-page, however, a ship appears on the horizon, foreshadowing the violence brought by European colonial expansion into the Americas. By turning one more page, another peaceful, pristine scene appears, echoing the way popular histories can obscure the violence perpetrated by colonialists. By depicting several ways in which trauma disrupts familiar histories, Drone reminds us of the legacies of enslavement and suffering that made many past and present scenes of Western prosperity possible. 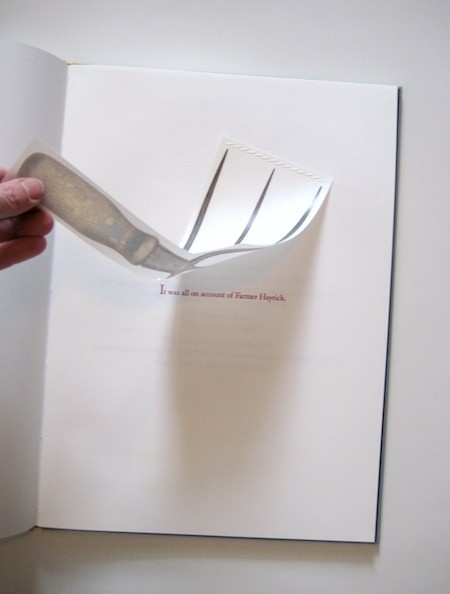 Not unlike Deschamps’s book, Ann Tyler’s Billy Rabbit also revisits historical trauma, but in Tyler’s book, readers become directly implicated in the depicted violence. With the singsong, simplistic narration of a children’s book, Tyler’s tale tells of a rabbit named Billy wrongly suspected of stealing a turnip from Farmer Hayrick’s turnip patch. To proceed with the story, readers must lift sewn-on images of farm tools to reveal the story’s text underneath. As Billy is captured for his assumed “crime,” readers become part of a lynch mob, themselves having to “wield” the very implements used to torture Billy in the hours leading up to his death. Through the interactive structure of the artist’s book, Tyler refuses to let her readers occupy a position of emotional detachment from the history of racial violence in America. In this way, Tyler’s work insists that the traumas of lynching continue to be remembered--and felt--into the future. 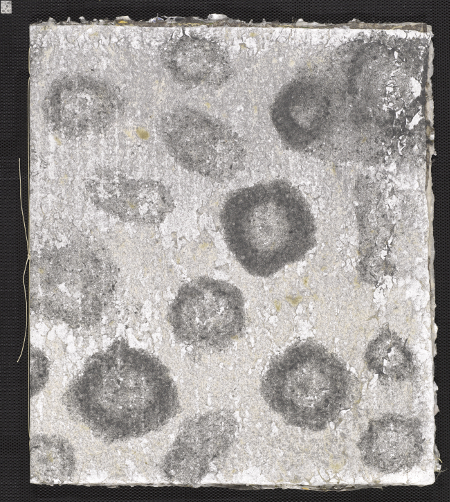 Artist’s books can also help translate the pain of trauma by reconfiguring what disaster destroys into something new. Two weeks after the September 11, 2001, attacks on New York City, expert papermaker and artist Robbin Ami Silverberg visited the areas surrounding the fallen World Trade Center towers and gathered some of the dust and paper trash that coated the city. Using these materials and pieces of New York City maps, Silverberg created Detritus, a series of five unique artist’s books with pages comprised of the very leavings of the tragedy. Silverberg’s book provides a compelling illustration of how the lives and places shattered by catastrophe may never be put back together the same way again. At the same time, however, Detritus attests to one way art can approach the question of how to go on remembering and living after trauma: by looking toward what can be created with the materials and memories that remain.

Trauma Culture: The Politics of Terror and Loss in Media and Literature by E. Ann Kaplan